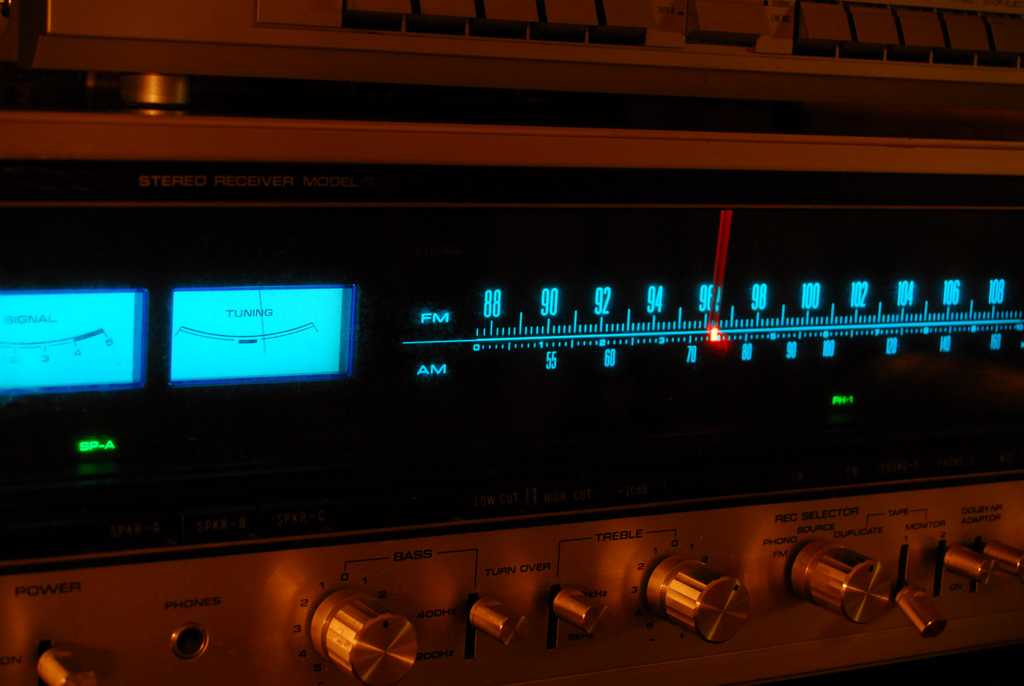 So, you want to start your own indie rock Internet radio station, do you? Is this something that's been in the back of your mind ever since you noticed the massive amounts of online stations out there? Thinking that it looks easy enough and you can become #1?

Before you get too gung ho, let me pass on a few tips and words of wisdom before you decide to move forward.

First of all, you need patience, lots of it. Second, if you have a spouse, then you need a very understanding spouse. One that doesn't mind you being locked away in the office, having your head stuck up the computer's butt every chance you can.

My solution to that issue is to simply wait until your better half crawls off to bed, thus cutting down on the neglect factor. That is another form of neglect as well, but we're here to talk online radio.

You can watch Dr. Phil for the other issues mentioned.

Thirdly, you have to know how use Google because you will be looking up every error and issue known to mankind. Having a few good friends in the business helps as well as you can pepper them for advice, at least until you get over your insecurities about whether or not you are doing it correctly.

Now, as you tour the web looking for examples of a radio station set up, you may immediately think that you will need a boatful of equipment and an even bigger boatful full of cash. It ain't necessarily so!

I was intimidated at first, seeing all those fancy consoles, mixers and honkin' big microphones. And being deathly afraid of the wife (aren't we all sometimes?), I knew asking to have my allowance triple-tripled was out of the question.

I have always been known as cheap-ish (George Costanza has nothing on me) so before I ventured into owning my own station, I hunted for the freebie software online.

The perfect software for me was the MIXXX player - free and easy to use and yet, a very powerful tool. There are obviously better ones out there, but they need the almighty dollar to have their home set up on your computer (oh, this is all Windows, by the way...with no offense to MAC users).

I shopped for a cheap streaming service, going through several before buckling down. Thanks to friends, I was introduced to Radio Solutions. Been with them almost a year and have not lost service once on either of the servers I am running. Kudos to them. It is well worth the price. (I could mention what I pay a month for 2 servers but then that wouldn't be helping my buddies at RS - shop on your own).

I then splurged and bought a decent Microphone - a BlueBall Snowball microphone - and it's a dam fine mic! Also, get yourself some decent audio editing software and learn the hell out of it. You don't have to spend a bundle but be prepared to put some coin into it. You'll need this for doing up your drops, sweepers, editing songs, putting together spotlights, commercials, etc.

This is where GOOGLE plays a big role. Once you have what you need - you'll need to learn how to go about broadcasting and using the other tools mentioned. And the absolute best way to learn is trial and error.
Next comes the conundrum of what kind of radio station do you want? It has to be unique because if you go the safe route then that's a mistake.

There are so many out there and you can get buried. I started off doing the mainstream gig - a top 40 classic rock thing with a buddy. We went the comedy route, along the lines of WKRP, introducing characters, producing skits and fake commercials, tossing in the middle of mainstream rock and pop music. Tossed in artist spotlights and went live Friday nights with little success. Buddy moved on to greener pastures, leaving me to run the show.

Here's where patience comes in and along with that, you need a thick skin. Oh, and the ability to thrive on rejection. Night after frustrating night I sat there doing LIVE shows with 1 listener or no listeners at all. Night after night I thought of throwing in the towel. The more I did these shows with no one tuned in, the more stubborn and determined I became.

I began my shows as if I had just one listener and would put on the best show I could for that one listener. And when they disconnected, I went on as if they were still there. It began to pay off. It was at that time that I started noticing more and more INDIE artists and how great there music was.

I no longer cared about how many listeners I had, rather than how many artists can I help? I pursued them, added their music to my station and with their help, slowly began to phase out the mainstream music, eventually becoming a 100% bonafide INDIE station.

Soon, artists and promoters from all over the world began approaching me to get their music on the air which I happily obliged. It was then and there that I realized, 'hey, I can help these artists get their music out there'.
All of a sudden my purpose for doing the station became clear and I began to feel good inside. This 'pay it forward' thing really does work. Keeping that goal in mind, I steamed forward more than determined than ever.

With the help of the likes of an Adam, Marc and Wayne, my station is growing in huge numbers.

Prepare yourself for very few listeners (if any) in the beginning. It will test your resolve. If you can't handle that, then quit now and spare yourself (along with family and friends) some grief.

As far as advertising and promoting goes:

It is possible to run a radio station on a small budget. I spend less than $100-per-month with the minimum equipment and my station sounds just as good (and in some cases better) than a lot of stations with all the fancy equipment. The artists appreciate the fact their music sounds just as good, as well. Eventually I do plan on getting all that fancy equipment and extremely expensive software (once the better half loosens the allowance strings, we win the lottery or I get a flood of sponsors - whichever comes first). In the meantime, I am doing just fine with what I have. George Costanza would be extremely proud of me.

[alert type=white ]Below is a link to a site that can help you in more detail on getting started. https://radio.co/learn/how-to-start-an-internet-radio-station[/alert]